There are many legends about the origin of the festival, the most popular of which says it is to commemorate Qu Yuan, an honest minister who is said to have committed suicide by drowning himself in a river. Qu was a minister of the State of Chu and one of China’s earliest poets during the Warring States period. In face of great pressure from the powerful Qin State, he advocated enriching the country and strengthening its military forces so as to fight against the State of Qin. However, he was opposed by some politicians, and later deposed and exiled by King Huai. Realizing that the country was now in the hands of evil and corrupt officials, Qu grabbed a large stone and leapt into the Miluo River on the fifth day of the fifth month.

Zongzi is the traditional food with sticky rice wrapped in corn leaves on the festival,will surely satisfy your appetite. Besides the delicious food, Dragon Boat Racing is also attractive. It symbolizes the many attempts to rescue and recover Qu’s body.

As a company with rich history and culture, we carry out the concept of inheriting and developing traditional culture and customs. Our company will have a three-day holiday from June 3rd to June 5th to enjoy the Dragon Boat Festival. I hope our distinguished guests know and we wish you all the best. 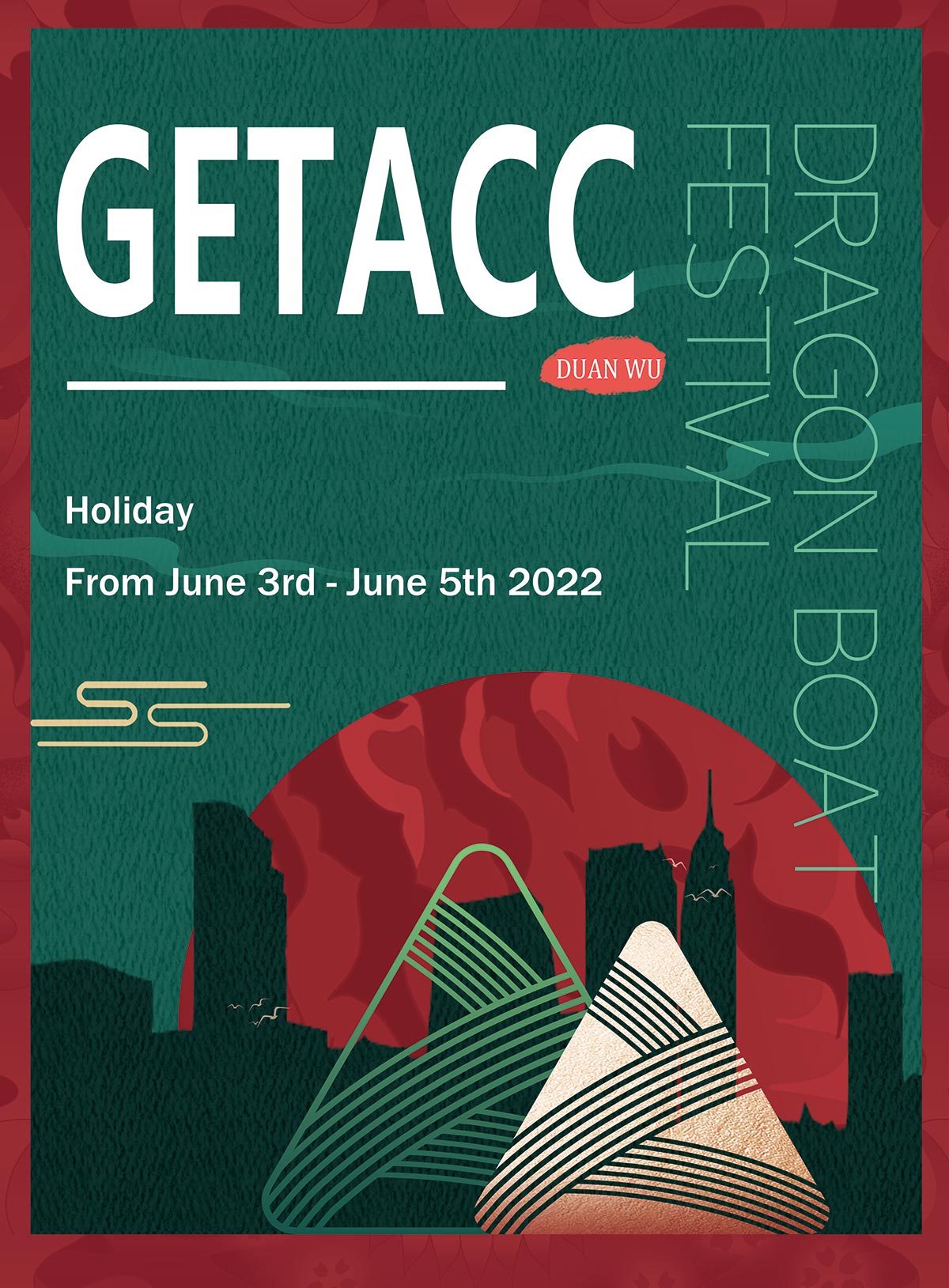